It turns out National Tea Day falls on Easter this year and this week the noble Geoffrey invited me to a local Tea Festival (or FesTeaVal) at Tobacco Dock, which reminded me that I had yet to write an entry for these Matcha Green Tea Pocky from Japan. My friend Nancy originally brought me a packet of them via South Korea but happily you can now find them in Sainsbury’s also. On opening it my first thought was how much they resembled a box of cigarettes or long-stemmed matches.

It’s testament to the narrowness of the life I’ve lived that this is the first time I’ve come across a biscuit stick or been actively encouraged to admit the existence of biscuits that don’t fit in your hand, with the honourable exception of the giant cookie. Before calling up the information from the world’s largest corpus, I had no idea how many flavours of Pocky existed or how popular they were in Japan. Apparently they’re a particular hit with the youth, and perhaps my knowledge of this had some bearing on my decision to take them down to the park (or the nearest thing to a park) at the Library yesterday: the little oasis of green in St James’ Square. In my defence Pocky have a good claim to being the ultimate biscuit for on-the-go consumption, as both their shape and packaging makes them enviably slim and portable. Still, they do look more than a bit like Joss sticks to me and not everyone I offered them to was brave enough to try one… 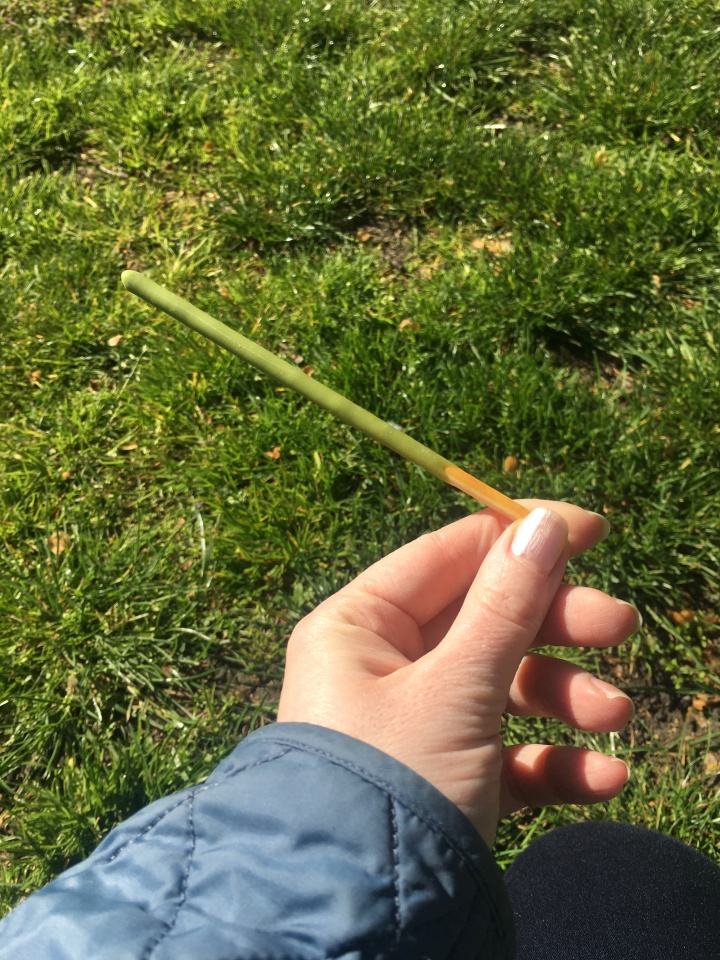 I wasn’t sure whether the green tea element would prove anything but a curiosity at first, but after sampling the first Pocky I was convinced or at least intrigued enough to reach for another, and another, and another, until a quarter of the packet had gone. It might be the calming properties of the Matcha, but to me the coating tastes more like yoghurt than chocolate. The influence of the green tea can certainly be felt, taking me back in memory to the green-tea ice-cream I’d once eaten at a Japanese restaurant in California – very calm and sweet and cool on the tip of the tongue.

With the cigarette-style packaging in mind I had originally intended to riff a bit on St James’ warnings about the wild fire of the tongue for this biscuit’s moral, but the Pocky’s unusual appearance and combination of ingredients gave me pause for thought, reminding me again of incense for burning. Incense in the Bible is often used as a metaphor for prayer: David in the Psalms asks that his prayer would be set before the Lord ‘like incense’ and for the lifting of his hands to be ‘like the evening sacrifice’, and in the Book of Revelation the prayers of the saints are imagined as golden bowls of incense rising before the throne of God. In times of great trial and turbulence – in the times that we are going through now – it is a comfort to think that behind the scenes, in churches, homes and wherever people of faith gather, that incense carries on rising.

Celebrate National Tea Day this year by making your own Green Tea Pocky or visiting the London FesTeaVal.

The season of pilgrimage is upon us! The British Pilgrimage Trust have some excellent resources if you fancy a little peregrination, but if you can’t go yourself you can at least enjoy the inspired ramblings of that other noble Geoffrey or the adventures of our Mann on the Camino Trail. 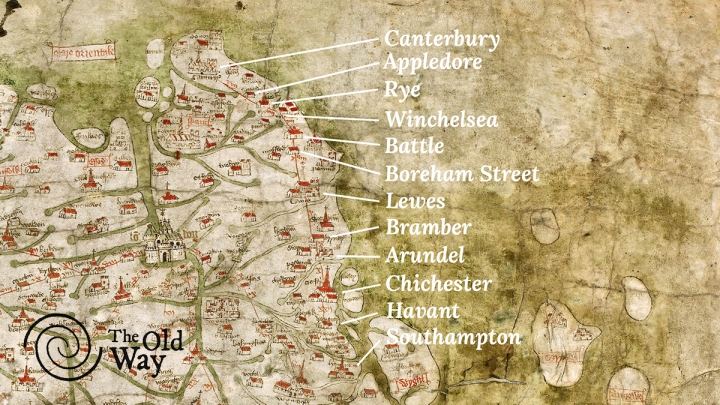