These three-cornered Hamantaschen cookies are eaten every year around this time for Purim: a festival celebrating the deliverance of the Jews in the ancient Persian empire from the plot of their enemy Haman, a high-ranking official at the palace in Susa who succeeded in persuading King Ahasuerus to authorise their massacre on a certain day by royal decree. Popularly known as Haman’s pockets (or sometimes his ears or hat) these sweet pastry biscuits developed centuries later as a treat associated with the festival. You could say the biscuits themselves are a nice illustration of the venahafoch hu motif in the idea of the villain out to make mincemeat of others symbolically made mincemeat himself. If not quite medieval in origin, they probably date from 1500s Italy (as Oznei Haman) or the 1700s when the name Hamantaschen (‘Haman’s Pockets’) began to be used in Jewish communities in Germany and Eastern Europe.

These biscuits are made from a dairy-free pastry recipe infused with a hint of orange and filled with light spoonfuls of apricot and blackcurrant jam. It took me a while to get the hang of the folding process but the results aren’t bad for a first attempt. If you haven’t tried them before it’s fair to say they look and taste a lot like novelty jam tarts, but with a sweeter flavour.

For the moral we must look more deeply at the story that inspired them: a story not first and foremost about Haman and his wickedness but the bravery of a young Jewish girl called Esther. Essentially as a result of winning the fifth century equivalent of a national beauty pageant, Esther is elevated to the rank of queen and proves herself to have courage and wisdom as well as beauty in pitting her prayers and wits against Haman’s. In the end she manages to change the story by interceding for her people, a risky thing to do in an age when even approaching a king without permission could cost you your life. One of the tensest moments in the book occurs when she walks into the inner courtyard, a lone figure in her royal robes, hoping against hope that the king will receive her. 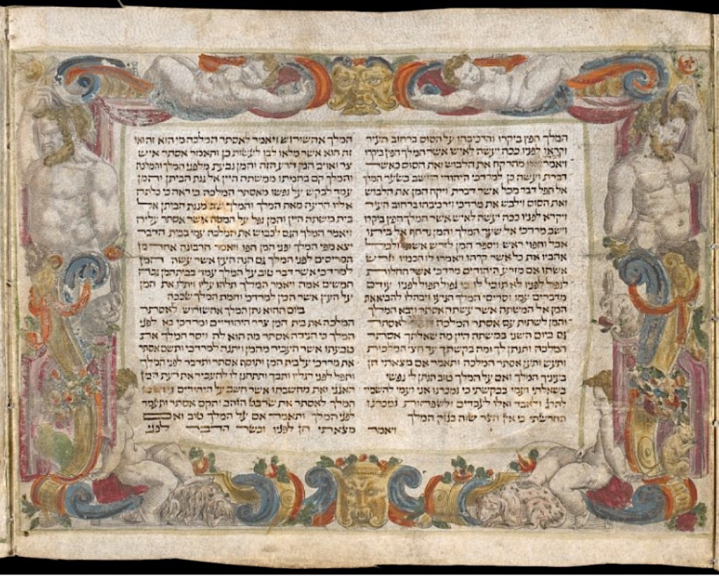 The words of Mordecai, Esther’s cousin, are often quoted as a crucial part this story, intended as they are to prompt her into speaking out despite the danger: ‘if you remain silent at this time, relief and deliverance for the Jews will arise from another place, but you and your father’s family will perish. And who knows but that you have come to your royal position for such a time as this?‘ There are wonderful stories in the Jewish Bible of the Lord of Heaven’s Armies fighting for his people, but here their deliverance is brought about in a very different way through the workings of human history and human choices.

It is a sad and shameful fact that the majority of the early Church fathers from Iraneus to Augustine were deeply anti-semitic, a legacy of medieval Christianity which must be recognised and repented of today if we are really to honour the roots of our faith going forward. And even in our own age it has become depressingly clear that religious and ethnic persecution of all kinds is still ongoing and in some cases increasing. We may all have our own choices to make in such a time as this. Let us pray we make them well and wisely.

Have a go at making your own Hamantaschen with pastry recipes (and a helpful tutorial) from Tori Avey.

It’s traditional to read the Book of Esther again when celebrating Purim. Here’s a lovely joyous take on her story from the Maccabeats and a thoughtful exploration of the meaning of it by Rabbi Jonathan Sacks.