It was my birthday this month, which was an excellent excuse to buy some nicer-than-usual biscuits for the office. As luck would have it there’s a Konditor and Cook just down the road from where I work so I nipped in on Monday to appraise their biscuit range… 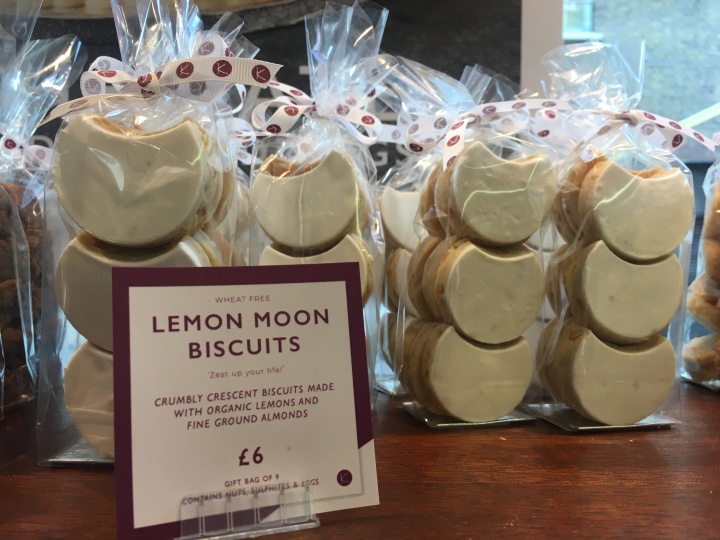 Konditor’s official mission is to spread joy through cake and happily that mission extends to several species of biscuit. These Lemon Moon creations went down well in the office, and their surprising density and combination of meringue, lemon and almond flavours gave them the taste of an extra citrusy Christmas cake. For my part I’d never come across a biscuit so densely packed with fruit or redolent of marzipan (its moon shape was also distinctive although not quite as slender as a real crescent moon, but who wouldn’t err on the side of less bite and more biscuit?) 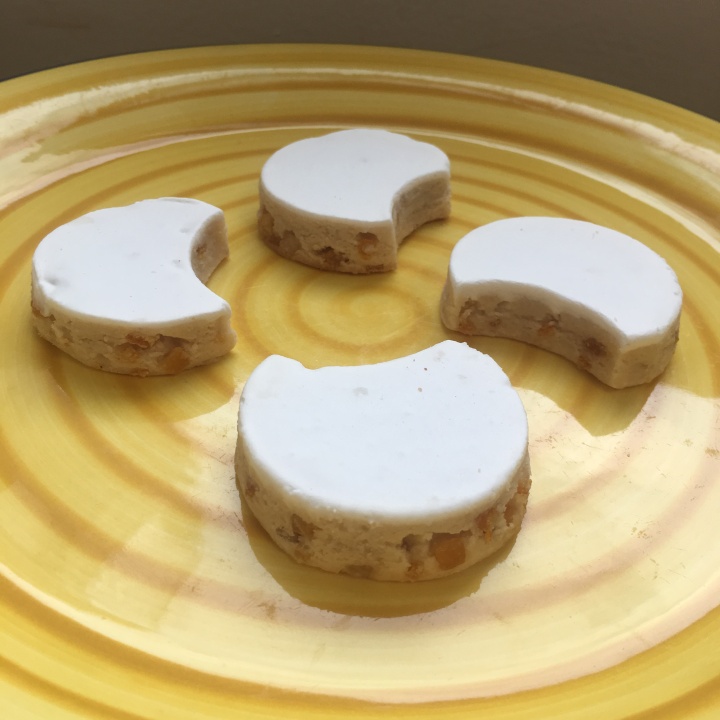 You don’t have to look too far for a mention of the moon in the bible. In the dramatic opening chapter of Genesis, Elohim creates it as one of two lights to separate the day and night. While the sun rules over the day-time, the moon is the lesser light appointed to rule over the night, and both are set in their place as a marker of times and seasons. In medieval cosmology the moon’s sphere sits directly above the Earth and everything ‘sublunary’ is subject to change and corruption. ‘We that dwelle under the Mone / Stand in this world upon a weer [a doubt]’ wrote Chaucer’s friend John Gower. 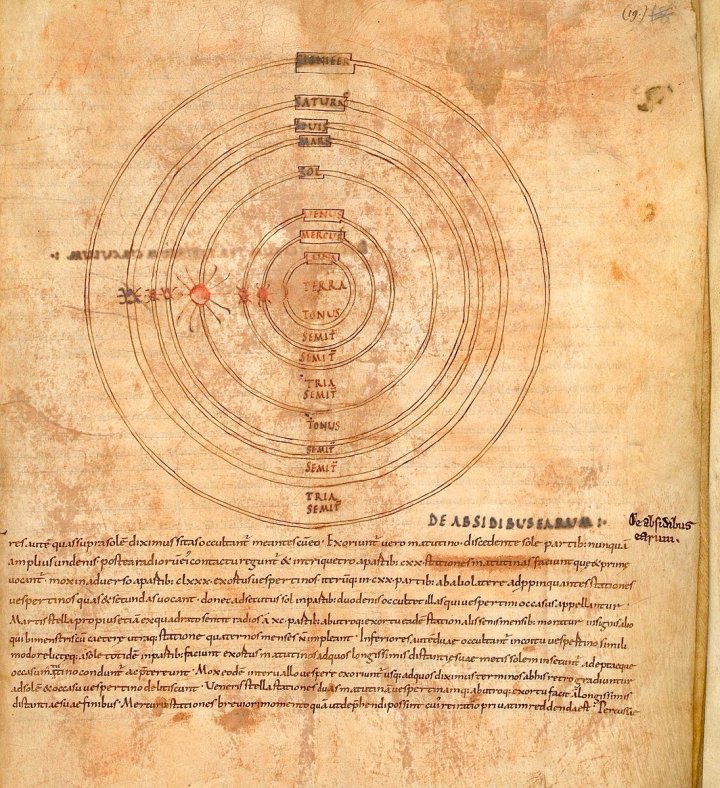 Such stoic resignation to an earthly life of change and instability may provide a handy filter on current affairs, but it also reveals an interesting disconnect between medieval Christian and older Hebrew culture. To the medieval poets and their inheritors, the moon symbolised fickleness (‘Don’t swear by the moon!’ begs Juliet in Shakespeare’s tragedy of star-crossed lovers) but in the Book of Psalms you could do a lot worse than swearing by Earth’s constant satellite. Here the moon is established as a sign of God’s unfailing love and covenant with his people, ‘his faithful witness in the sky’.

Perhaps the wheel has come full circle in modern climatology which rather emphasises the moon’s stabilising influence on the Earth than the other way around, but whether he understood that or not, it was contemplating the wonder of it all which led David to cry:

When I look at the night sky and see the work of your fingers—
the moon and the stars you set in place—
what are mere mortals that you should think about them,
human beings that you should care for them?

More on medieval cosmology from the British Library’s blog and in this fascinating post  from the Getty Museum. (The pictures above are from a 9th century copy of Pliny’s Natural History BL Harley MS 647 and Christine de Pizan’s lovely Book of the Queen BL Harley MS 4431).

Another recipe for Moon Biscuits popular in India (these do look a lot more like a real crescent!)

Shooting Stars from troubadour Will Cookson wandering beyond the Moon’s far side, for when your day’s been too sublunary by half: