Consider the Oreo… As many New Worlders celebrate their independence today, I thought it high time we profiled their National Biscuit on the Bestiary and for the convenience of speakers of American English I shall be referring to it here as a cookie. It’s a measure of how popular Oreos have become in Britain now that you can even find them in the wilds of Yorkshire. Here are four sitting pretty on some old Blue Willow china, no doubt waiting for a glass of milk to accompany them… 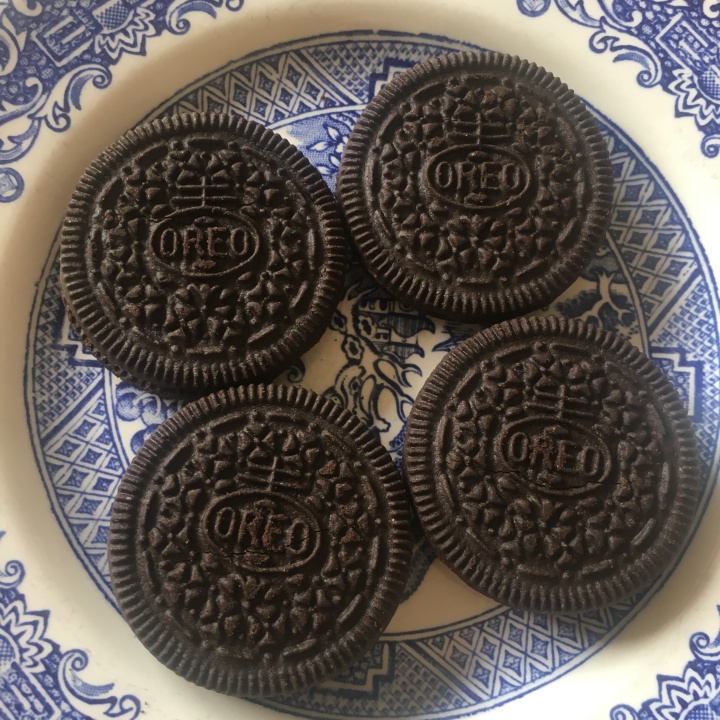 Left to my own devices, I might have assigned the Oreo’s genesis to the ’50s but in fact it first appeared in 1912 around the same time as equivalent sandwich styles premiered in Britain (c.f. the Bourbon and Custard Cream). Even today America’s Oreos are still produced by the successors of the wonderfully named National Biscuit Company, created back in the era when Old and New World biscuits were largely the same thing.

Intriguingly, this compact and demure little cookie manages to attracts more controversy than the Knights Templar, viz. ‘What does the name really mean?’, ‘What does the Cross on the top signify?’ and, most crucially, ‘What is the most righteous way to eat it?’ The more you delve into the question of the Oreo’s spiritual significance the more you’ll find a dazzling – and frankly gnostic – range of exegeses on the market. Far too many to come down on one side or the other in a hasty fashion.

While it’s not the first time we’ve profiled embossed cookies on the Bestiary, the intricacy and regularity of the Oreo’s design bears closer examination. In America at least, it’s as distinctive as a coin face and almost as widely recognised. This excellent article from Edible Geography on the unsung heroes of biscuit embossing and the history of the Oreo in particular is well worth a perusal (I had no idea that the current design only dates to 1952, or that the Oreo has a very Greek-sounding rival, the Hydrox, with an even more venerable history).

The nearest thing I can find to a commentary on the art of embossing in the bible comes in Paul’s statements in Romans about Christians being conformed to the image of Christ and not being conformed to the world’s pattern. If we’re honest, such language of conformity rarely sits well with children of the revolution for whom freedom is ‘a breakfast food’ (as one brilliant New World poet put it). Perhaps it plays too much on our fears that faith means towing a line or adopting a sort of cookie-cut saintliness that leaves no room for individuality or self-expression. For the New Testament writers, however, being conformed to Christ’s image is less about being boxed in than being let out and finding freedom from the power of sin and death to become the people we’ve always wanted to be. ‘I run in the path of your commands for you have set my heart free’ the Psalmist writes. It’s on this path to freedom that he’s our template and trailblazer.

A masterclass on the art of Oreo-eating from Jess and her Dad (but if all this seems very complicated, just experiment with your own inimitable style – whatever that is!)

Give the humble Hydrox some love – or at least a read of its history in the Atlas Obscura.

Don’t have any Oreos in the house to celebrate your independence with? Have a consolatory read of e e cummings’ loveliest medieval-themed poem.

If you’ve landed here straight from the High Middle Ages and find yourself a bit flummoxed by all these bizarre references to a New World, you can catch up with Amerigo Vespucci‘s correspondence on the subject or these more recent Letters from America and newfangled experiments in Netherlandish cartography: 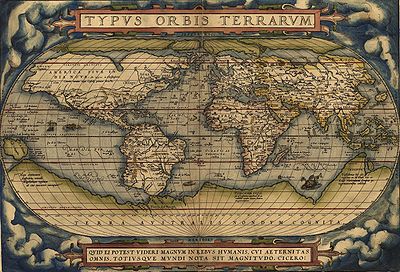