The very generous Dr Davis has been foraging for biscuits again and this month we have two exciting new specimens from the Baltic States, both of which resemble mushrooms. On opening this parcel I did wonder if he had picked them straight from the forest but the great clerks of the internet helped me identify them as Beciņas ar šokolādes micītē (mushrooms with chocolate caps). 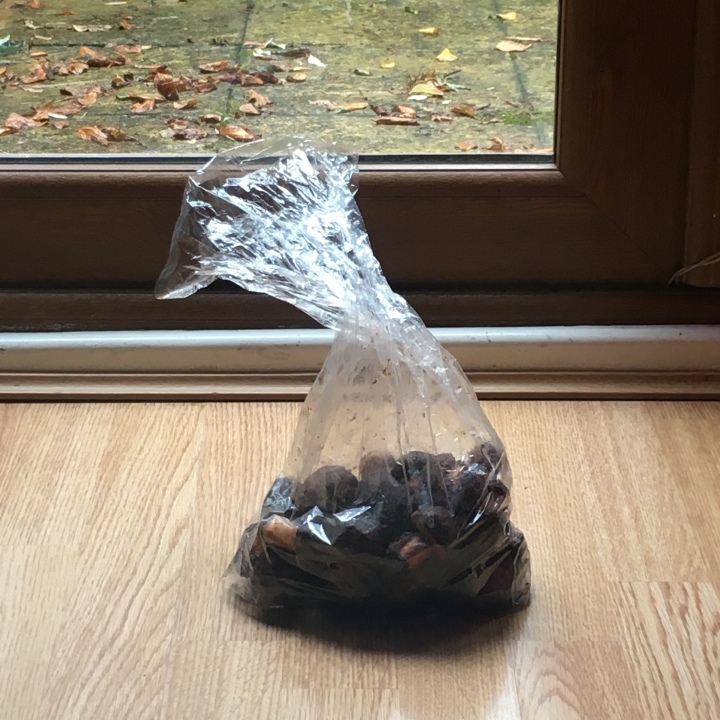 The sponginess of the stalks and firmness of the caps reminded me of Jaffa Cakes although they look a bit different. The root of the stalk is dipped in chocolate and poppy seeds and they really are delicious with coffee. If you’re wondering how they get their distinctive shape, they’re baked in special pans with mushroom-shaped moulds. I was excited to discover the Beciņas are a Latvian specialty and a work colleague tells me they have something very similar in Lithuania, albeit with white instead of dark chocolate.

With half of the country covered in woodland, walking and foraging in the forest is a popular Latvian past-time. The official mushroom picking season lasts from August to October although happily these specimens can be found all year long. For a whole week in July I looked forward to my mornings with coffee and Beciņas and foraging for a moral for this biscuit got me thinking about everything wild spaces have to offer us.

This lovely painting of a forest glade is by German artist Ernst Ferdinand Oehme. Such scenes are called Waldinerres in German, which sounds a little like the Middle English Wyldrenesse or wilderness. Like the forests of medieval romance, the wilderness can be a place of refuge but also disorientation. A place where our old props and certainties are taken from us. This may feel bewildering (‘to be lost in pathless places, to be confounded for want of a road’) but as a friend of mine from the Wirral says it’s in the wilderness that God speaks.

In one of the great medieval adventure poems of the fourteenth century, Sir Gawain and the Green Knight, Sir Gawain embarks upon a journey he never expected, accepting the deathly challenge of a mysterious green knight and riding deep into the ‘wyldrenesse of Wyrale’. I won’t give too much of the plot away — the whole story is worth reading and it’s marvellous — but it’s fair to say that what Gawain finds in the forest is not victory or defeat (or mushrooms) but a powerful dose of self-knowledge. In the process he also discovers that the knight waiting for him at the Green Chapel is not the dread opponent he thought but something far kinder and wiser and harder to fathom.