If I had a favourite commercially mass-produced biscuit it might just be the chocolate hobnob. Not that there’s anything wrong with an unvarnished hobnob per se, but the only way to improve on a biscuit this satisfying is to enrobe it in a reservoir of chocolate. Despite McVitie’s controversial assertion that true cognoscenti will serve a chocolate hobnob oat-side up, most people I’ve spoken to prefer to keep the chocolate uppermost. Here’s a rare glimpse of an uneaten specimen warming itself in the late autumn sun: 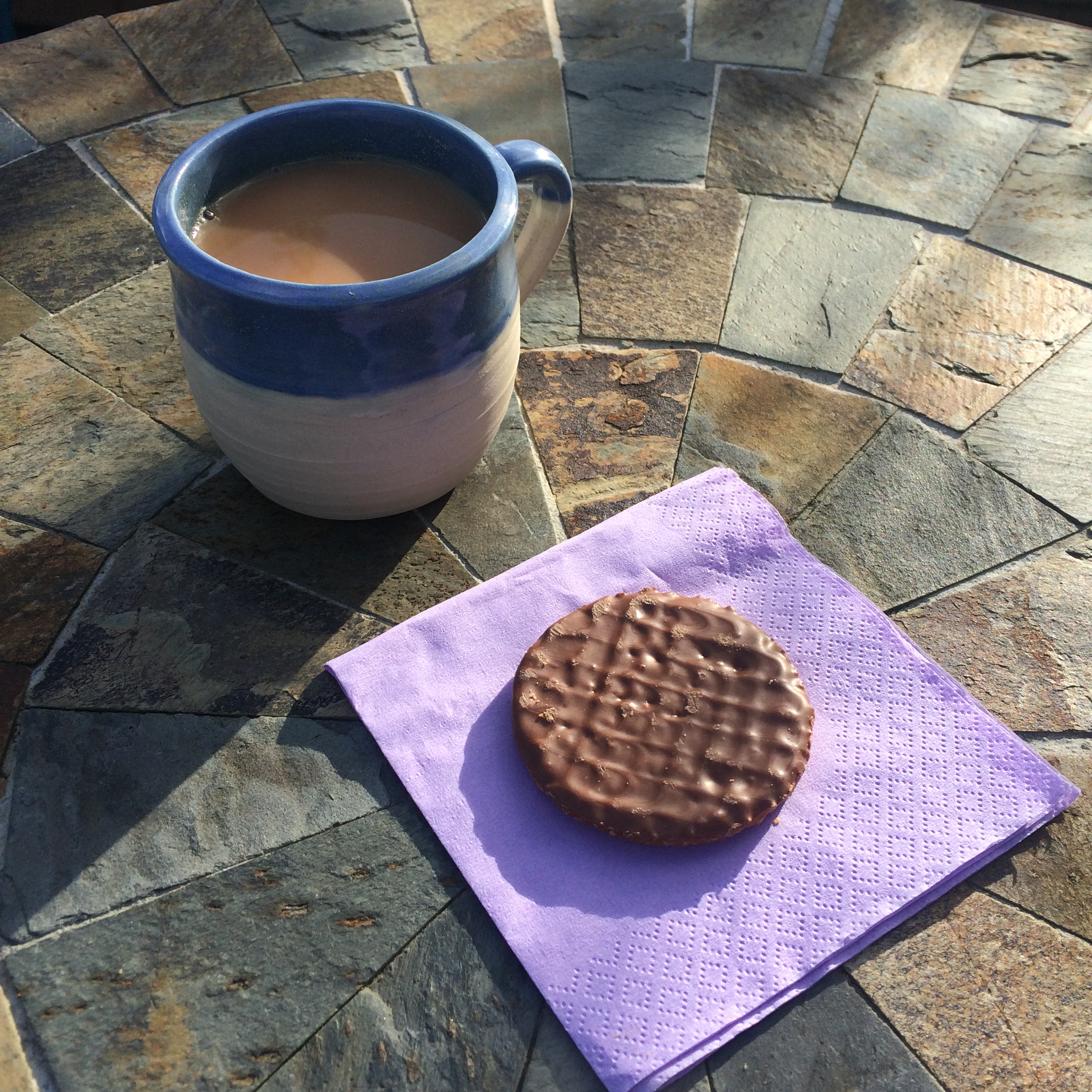 Unsurprisingly, the upgraded hobnob performs well in the biscuit leagues, regularly beating the bourbon and vying with the chocolate digestive for the top spot in the UK charts. Taste is key when it’s down to the wire and this biscuit is so moreish it’s quite possible to eat three in one sitting without discomfort.

The plain hobnob we looked at in the previous entry; in pondering the deeper meaning of the chocolate hobnob the first question is what, if anything, is the spiritual significance of the chocolate part? Chocolate isn’t mentioned in any of the bestiaries I’ve come across, but from a consumer’s perspective I feel confident in suggesting it can only signify love as the richest, most magically transformative and generally satisfying ingredient in the cupboard. Chocolate makes everything taste better and covers over a multitude of errors in the oven. And while it would be a sin to call a plain hobnob an error there’s no doubt that without the chocolate it would be a lot rougher and scratchier round the edges. It’s the chocolate that smooths all that over – like love.

To extend the parallel further, it’s usually when we come into contact with others for any significant amount of time that we also come into contact with our own ‘scratchy’ places: hidden resentments, irritations and lack of love. It’s where the difference between real and imaginary love becomes painfully apparent: how we treat the actual, flawed specimens of humanity we’re forced to hobnob with in everyday life is so often the real measure of the heart. There’s a reason it’s easier to be kind to people at a distance, where kindness doesn’t have to be sustained for as long and doesn’t cost as much. Want to check your love? Have a hobnob.

Hold your breath, make a wish… If you don’t have a ticket to see McVities’ reservoir of chocolate, you can at least get a glimpse of Willy Wonka’s:

And for medievalists especially, a splendidly colourful patchwork of bestiary-like images from Amiens MS 399, courtesy of Damien Kempf: